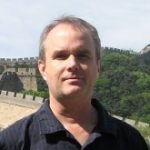 Fred Andrus, Professor, Chair of the Department of Geological Sciences

My research primarily focuses on reconstructing past human-environment interaction, such as how climate changed in key times and places in prehistory, how people adapted to their changing world, and how we may have altered our environment, such as through pollution or ecosystem alteration. I also reconstruct Quaternary paleoclimate and ecology based on fossil remains independent of humans. In nearly all cases I utilize sclerochronological approaches to creating isotope time-series data, using bivalve, gastropod, algal, and other skeletal remains.

My recent projects have focused on samples from the Southeastern US Gulf of Mexico and Atlantic coasts, the Pacific coasts of North America from Southern California to the Aleutian Islands, coastal Peru, the Caribbean and central America and Greenland. Most of my work has involved measuring stable oxygen and carbon isotopes and radiocarbon in bio-carbonates, stable nitrogen isotopes in the organic fraction of bio-carbonates, along with some growth structure and elemental analyses.” 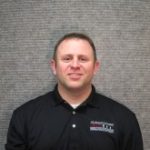 My work brings me into various research projects needing precise isotope composition determinations, allowing me to work closely with faculty as well as undergraduate and graduate students. The approach I use is to involve students as much as possible with hands-on training for sampling, isotope measurement, and data processing. My own research consists of paleo-rainfall reconstructions using the chemistry of speleothems from caves in Alabama (Desoto Caverns and Cathedral Caverns). The most recent focus of this work is understanding how seasonal changes in carbon dioxide in the cave atmosphere affects these paleo-rainfall records. My research focuses on reconstructing paleoenvironmental conditions in deep time, particularly with regard to the end Cretaceous (or K-Pg) mass extinction. I am also working to better understand the paleoecology of extinct organisms, most specifically ammonites, as they are an important victim of the K-Pg extinction. Primarily I address these questions through analysis of carbon and oxygen isotopic values in carbonate, as well as sedimentary organic carbon material. Dr. Paul Aharon is the former Ray. E. Loper Endowed Chair in Geology since 2001, and Professor Emeritus since 2016. His expertise lay in the acquisition of light stable isotopes (Carbon, Hydrogen, Nitrogen, Oxygen and Sulfur) by Isotope Ratio Mass Spectrometry (IRMS), Secondary Ion Mass Spectrometry (SIMS) and heavy radioactive isotopes (Uranium-Thorium Series) by Multiple-Collector Inductive Plasma Mass Spectrometry (MC-ICPMS). Applications include isotopes as tracers of source, reconstruction of regional and global water, ice and carbon cycles during the Quaternary, chronology of layered geological materials such as corals, giant clams and speleothems and marine-based gas hydrates. Present investigations are focused on speleothems in the Southeast US and on the island of Niue in the tropical Pacific that serve as time capsules of past hydroclimate variability and El-Niño-Southern Oscillation (ENSO) frequency and intensity changes. 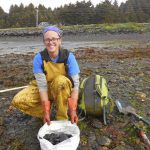 My research integrates micropaleontology (diatoms phytoplankton), sedimentology, and isotope geochemistry as proxies to understand past changes in environments and climate, with focus on comparing pre- and post-settlement and industrialization of the Mobile Bay, Alabama and Galveston Bay, Texas areas. 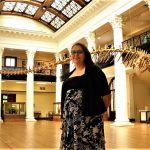 Broadly, I am interested in using stable isotopes (specifically, carbon and nitrogen) to understand how food webs functioned during the past.